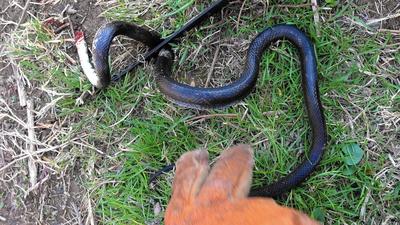 A home inspection in November 2014 uncovered no signs of snakes, the Brookses have said. But the weather began to warm in April and rat snakes wintering in the walls began to stir, according to the lawsuit. The smallest snakes were hatchlings, and the largest was 7 feet, they have said.